Consider how physical street addresses are necessary to locate specific homes and businesses, so that mail can reach those real-world locations efficiently. In a similar way, logical IP addresses are used to identify the location of specific devices on an IP network so that data can reach those network locations efficiently. Every host, computer, networking device, or peripheral connected to the Internet must have an IP address. Without a structure for allocating all those IP addresses, it would be impossible to route packets efficiently.

The IPv4 address is the most common type of address that is currently used on the Internet. An IPv4 addresses is a 32-bit number that describes the location of a network device. 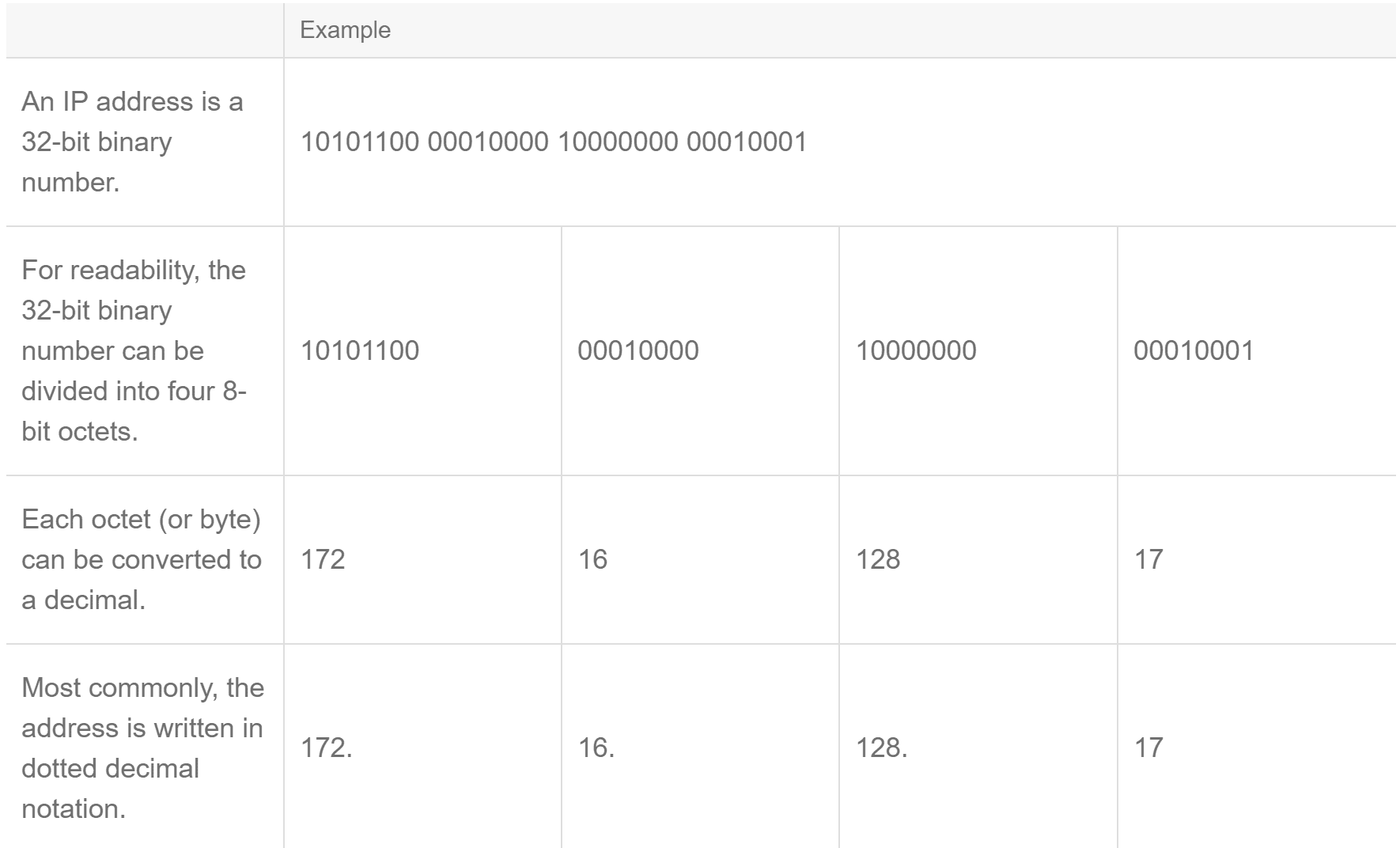